As we rapidly descend upon the fourth quarter of this extraordinary year, we think some of the risks fixed income investors faced back in Q1 will rear their heads again before the end of 2021.

The main risk we see is a return to higher US Treasury yields and the associated knock-on effects for financial markets. To recap, we started this year with 10-year yields at 90bp, but very quickly, and in a somewhat disorderly manner, made our way up to 1.70% by the end of the first quarter. Back then, the catalyst for this move was the extraordinary economic growth that lay ahead, especially for the US economy, which led the race back to normality due to successful vaccination programmes. Additionally, the Democrats managed to win control of both the House and the Senate, which pointed to significantly higher Treasury issuance ahead. Finally, market participants surmised that inflation was due to spike in the months ahead because of transitory issues and base effects.

As you can see from the graph below, this rise in Treasury yields meant bond investors had to look a long way down the credit spectrum in order to own enough yield to offset this move higher. Of course, there were other ways to protect portfolios from higher yields, such as hedging or keeping portfolios with a much shorter duration. 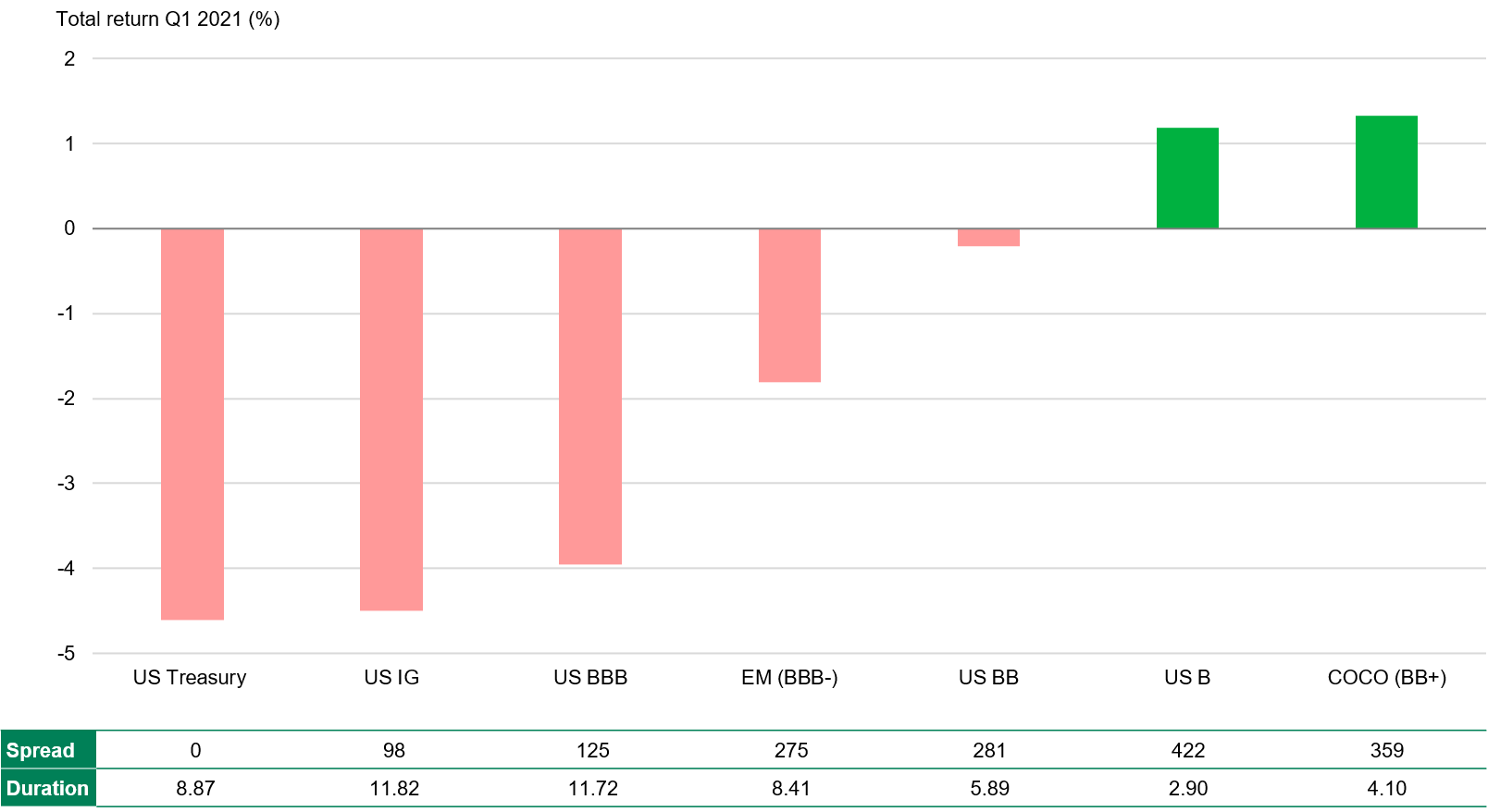 The result was that Q1 was a challenging period for investors, and not just in bonds.

US Treasuries bounced back after Q1, with the 10-year yield eventually dropping to 1.12% – quite extraordinary considering the inflationary data prints investors were digesting over that period. Technical positioning correctly received the credit for a lot of this bounce back, with so many investors shorting the long end of the curve, either outright or via steepening trades that would favour holding short term bonds over the long end.

However, in recent weeks Treasury yields have resumed their slow grind higher, with much less resistance, as the short base feels significantly smaller. Friday’s US non-farm payrolls jobs data is a good indication of the dynamic. Earlier in the summer, such a big miss on the number of new jobs created (235k vs. a projected 733k) would likely have triggered another short squeeze. However, on Friday, market participants were equally focused on average hourly earnings, which crept up by 4.3% year-on-year. We thought this was a good indication of more balanced positioning in the US Treasury market, which is one of the most closely watched and hardest-to-call parts of fixed income.

So why do we think the risks we experienced in Q1 are set to return in Q4? First, as mentioned, the technicals are now more balanced and at least open to a move higher in UST yields, which in Q2 they were not. Second, as each month goes by, the economy gets closer to meeting the Fed's mandate, thereby allowing them to commence tapering, which of course is inevitable, and most likely to be announced at the November 3 FOMC meeting. Third, Fed officials have stretched the definition of 'transitory'; we will get a better sense of just how much of the current inflation experienced is persistent during the next quarter.

Finally, and similarly to Q1, Treasury borrowings are highly likely to increase again, as Congress raises the debt ceiling and funding is once more required for new fiscal stimulus.

We are not expecting the same kind of movements as Q1, but a ‘lower beta’ version would perhaps be a good description. For example, if 10-year Treasury yields end up in the 1.50% to 1.75% range by year-end, which we consider our base case, investors should consider ways to protect themselves just as they should have done in Q1. 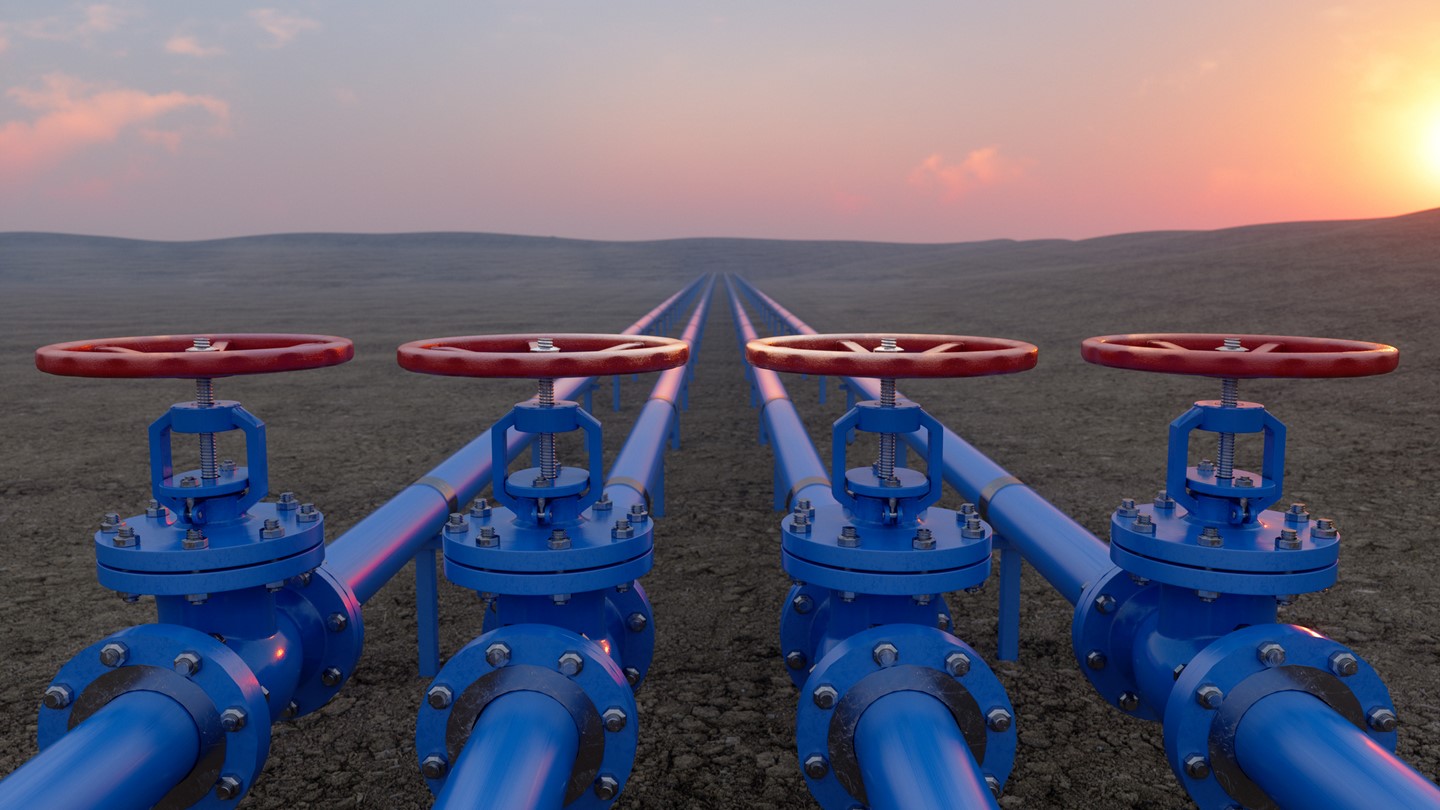 How Much Supply is There to Come?

This supply surge can be very welcome for those investors with cash to put to work, though it is also eyed with caution.