Bloomberg reported on Monday that since the European Central Bank started its Corporate Sector Purchase Program (CSPP) in June 2016, it has purchased €177bn of investment grade rated corporate bonds. Initially, as expected, spreads tightened rapidly, but since the first quarter of 2018, they have been gradually widening back out to pre-CSPP levels. We hope most companies that needed to borrow filled their boots at the tighter levels, since spreads are now likely to stay wider and be more volatile.

Before the ECB announced CSPP, various other purchase programs were already in place, and currently the balance of the Public Sector (PSPP) and third Covered Bond (CBPP) purchase programmes stand at a whopping €2.1tr and €262bn, respectively. For a long time we have said that the ABS purchase program has been a bit of a disappointment in terms of both its size and speed of execution. Currently the ECB holds €27.8bn of senior ABS bonds (around 50% of this was bought in the primary market), a fairly small balance given this has taken the ECB four years in a market that typically has €70bn-€100bn of new issuance per year. The central bank began tapering this year, as we can see from the graph below, though in reality it has been tapering ABS purchases for some time already. 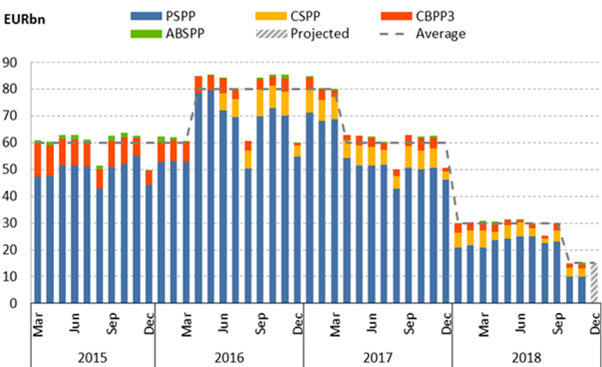 Since triple-A rated ABS paper tends to be short dated, once the ECB stops reinvesting the amortisations as they have done so far, this could have a negative impact on spreads in the asset classes that have benefitted most from the programme. In the UK, RMBS was more clearly linked to the Bank of England’s Term Funding Scheme, which ended in February this year, and the widening seen in this sector may give us some forward guidance as to where core European RMBS spreads could go.

In contrast to the corporate bond market, the ECB has only bought the most senior tranches of euro denominated ABS transactions, mainly limited to RMBS and Auto ABS, and when we look at spread developments for the largest and most liquid asset classes we can see that all products benefited from QE in general, probably more so than from the ABS purchase programme per se. In ABS, Dutch Prime RMBS, Auto ABS and peripheral RMBS benefited the most from the purchase programme, with this effect exacerbated by muted supply due to more liquidity provision from the ECB in the form of its Long Term Refinancing Operations (LTROs).

Though volatility has remained relatively low, as the asset class is relatively short versus IG corporates and other floating rate bonds, ABS spreads in the last two to three months in particular have become more correlated to widening corporate spreads, with credit markets in risk off mode due to Brexit, the Italian budget, lower oil prices and global trade tensions. Spreads are now back at where they were in 2014, before the ABSPP began. And unsurprisingly, the asset classes that tightened the most have also widened the most. More recently we have finally seen some proper spread widening in Italian RMBS after the first bit of supply in that market, while AAA spreads this year have widened by 30-50 basis points and BBBs by almost 100bp (BBB CLO debt, for example, now yields around 5% in sterling, assuming no further base rate rises).
Despite spreads returning to 2014 levels, we don’t see this as a time for adding a lot of risk, and in the investment grade space we would still prefer shorter products (especially for UK risk) where we believe investors are well rewarded. While ABS should benefit from growing demand for floating rate products, we are cautious about geopolitical risk and liquidity for the coming months. Additionally we don’t believe that peripheral RMBS are fully pricing in tapering and the sovereign risk, and if we consider the January 2014 spreads (just after a period of a lot of volatility in Spain, Italy, Portugal and Greece) then RMBS from those countries still look expensive at these levels. 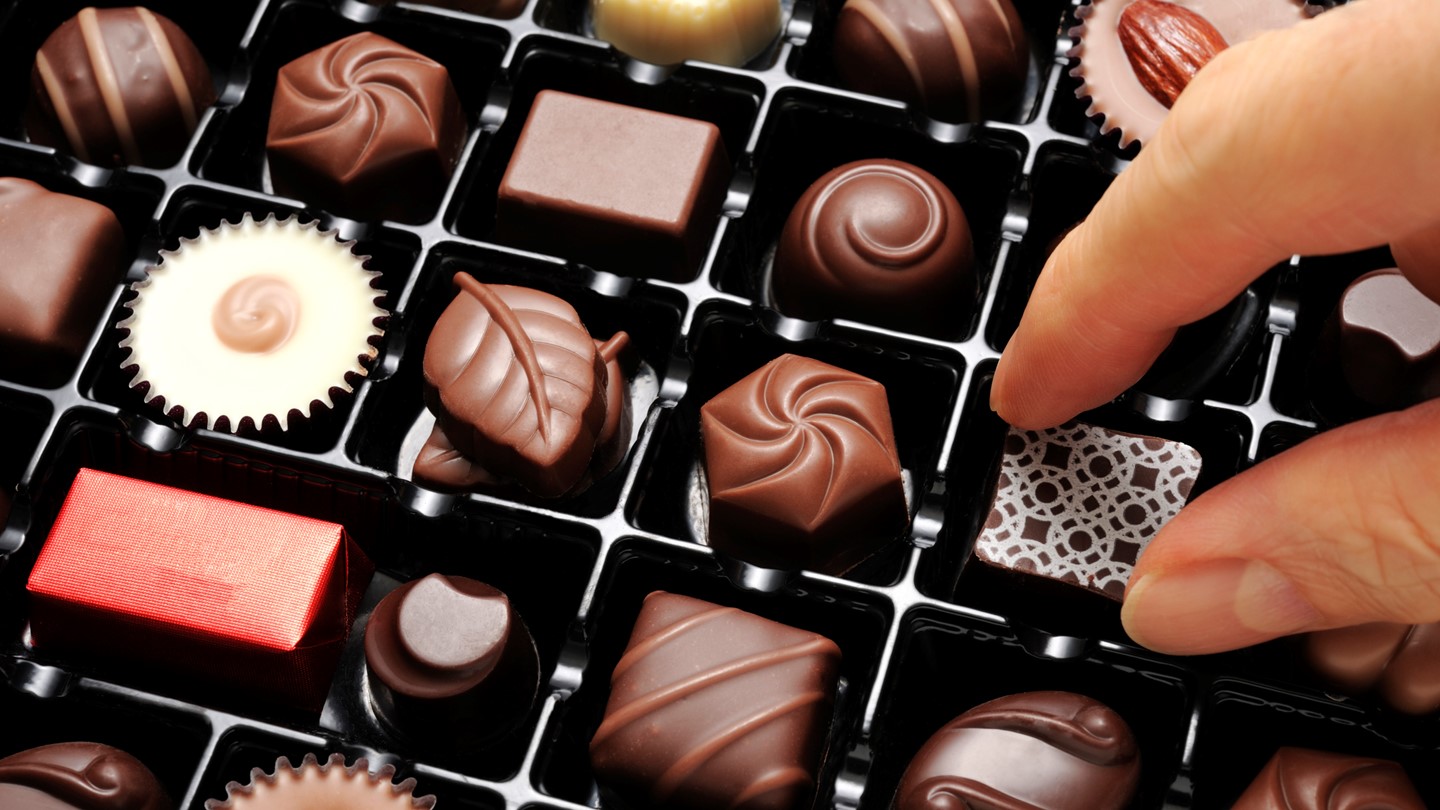 It is that time of year when we traditionally look ahead to the new year and make predictions on the performance of various asset classes, sectors and industries. 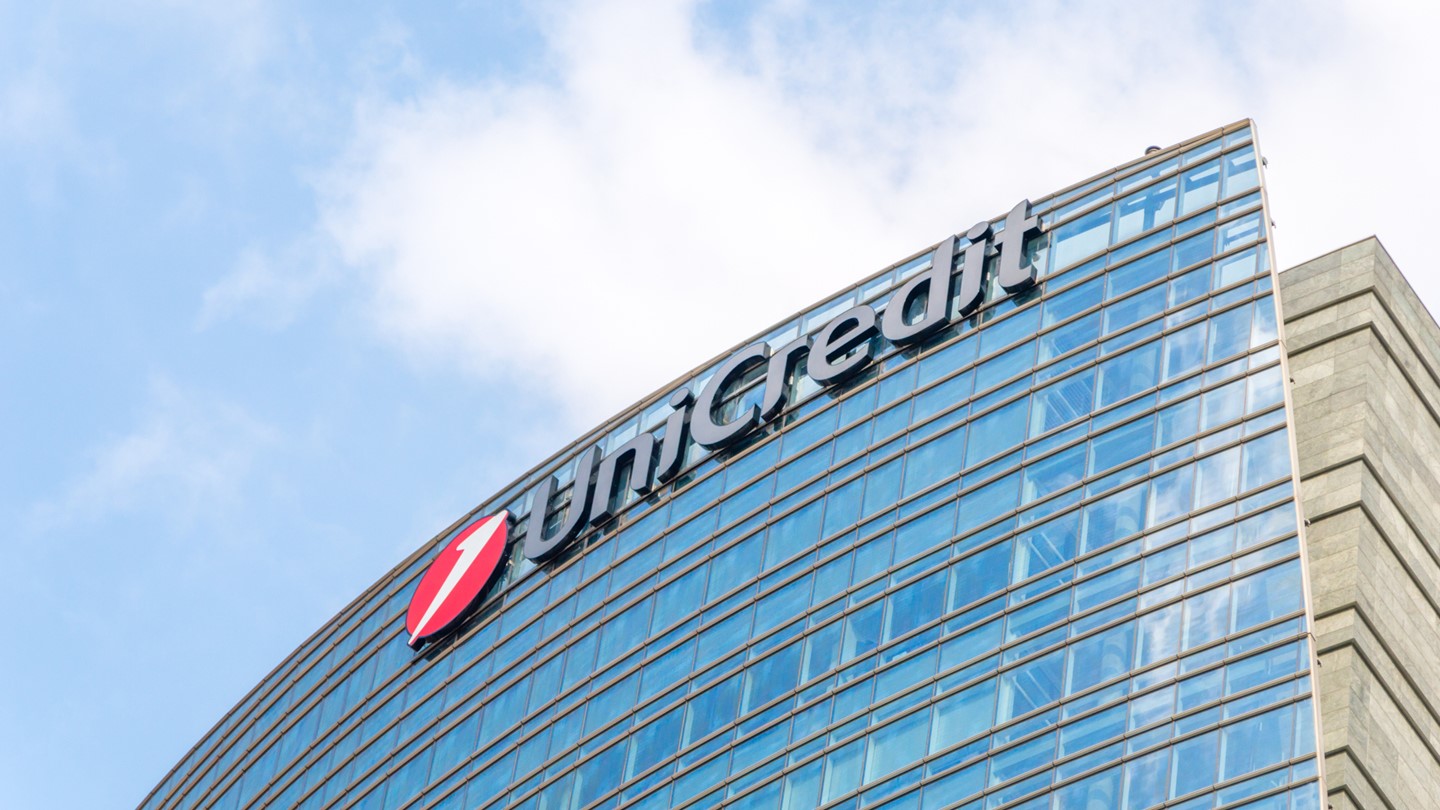 Evidence of Tightening in Italy

We have been discussing for a while what the quantifiable impacts of Italy’s populist government have been for the country’s economy.