In fast-moving markets there is no perfect time to provide an update on valuations. Having had a more testing time of it in May, early June heralded a short pause for breath in European ABS, with more spread stability and improved liquidity providing a moment to take stock of where we are.

Using a broader lens, European ABS has stood up well year-to-date, with the adjustable coupons of this floating rate market absorbing the violent, rapid and unpredictable effects of monetary policy landscape. That protective characteristic has undoubtedly been a key driver of outperformance against broader fixed income in recent months. However, as 2022 has worn on contagion emanating from global growth fears and geopolitics has not been as kind; correlations across risk assets have built and despite European ABS being an asset class with short credit duration and extremely low expected lifetime defaults, spreads have moved wider.

Back in Q1 we were talking about how the curve in ABS had become very flat, which favoured moving up in rating. In May we saw the RMBS and ABS credit curves steepen sharply to better reflect an uncertain and weakening macro backdrop. The shift in the CLO curve has arguably been less pronounced as the starting point was fundamentally cheaper, but nevertheless we have seen BBB and BB spreads move out approximately 180bp and 215bp respectively (to 525bp and 900bp). While not quite at the wides we saw post-2013, we are significantly wide of the long term averages for these rating bands (373bp/636bp). UK AAA Buy-to-Let RMBS spreads have also moved out quite materially, adding 60bp in May to sit at 135bp currently. More generically, BBB rated Consumer ABS and RMBS have moved to the low 400bp area, well over 200bp wider since February and with a basis to AAA we can only recall seeing very fleetingly at any time at TwentyFour. 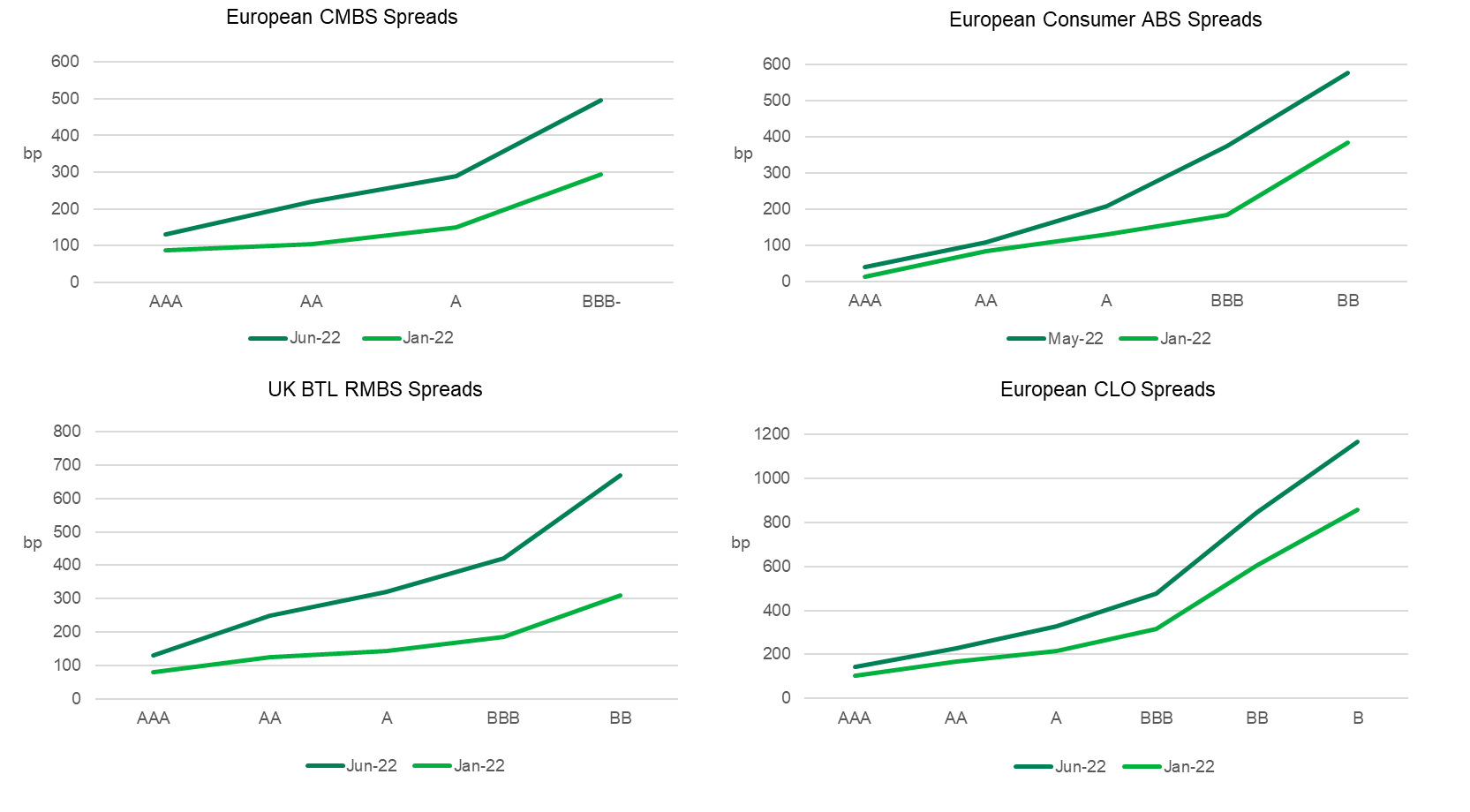 To put this in context, the spread on the EUR BBB Non-Financial corporate bond index is now at 209bp versus a July 2021 tight of 92bp. We think this highlights how much bad news has been priced into ABS spreads and how attractive the premium over comparable corporate bonds has become.

As you would expect, spreads in European ABS markets have more dispersion by tenor, perceived collateral quality and also sponsor or manager (in the case of CLOs). A good example of this was the widest single-B print the European CLO market has seen in the 2.0 era, 3mE+1250bp on a recent Carlyle deal.

With such disruption has come changing expectations of supply into European ABS in 2022. Despite being ahead of the supply at this point in 2021, Barclays is forecasting a 14-15% decrease on last year, which would be a material change from our own last annual forecast of a 20% increase. Some of this would be delayed and not lost issuance in our view, but also with increases in cost of funding and swap rates, the economics of new deal production are very challenging in the short term. This is a key reason why we feel that borrowing costs to consumers and corporates will continue a brisk ascent over the summer. Nevertheless, a positive supply side technical gives cause for positivity in the second half of the year.

Investors that expect a concerted snap back are few in number, given the nature and shape of this downturn is macro or policy driven rather than an obvious ‘dip’. All markets face open-ended questions on where central bank terminal rates and inflation will settle, and exactly where valuations re-anchor in a world without loose monetary policy. What we can say is that European ABS credit curves and term premiums have adjusted to better reflect economic reality and appear to price in a material amount of downside. It is also important to remember that ABS bond structures are designed to absorb through-the-cycle performance changes, and so wider spreads do not price in higher defaults (more on this to come). More volatility is likely until these macro drivers play out, but the greater spread stability we have seen this month is more akin to what we would expect to see. After 18 months of difficult headlines Credit Suisse could ill afford more negative press, and we therefore welcomed its decision to refinance its 7.125% Additional Tier 1 (AT1) bond last week at its first call date. 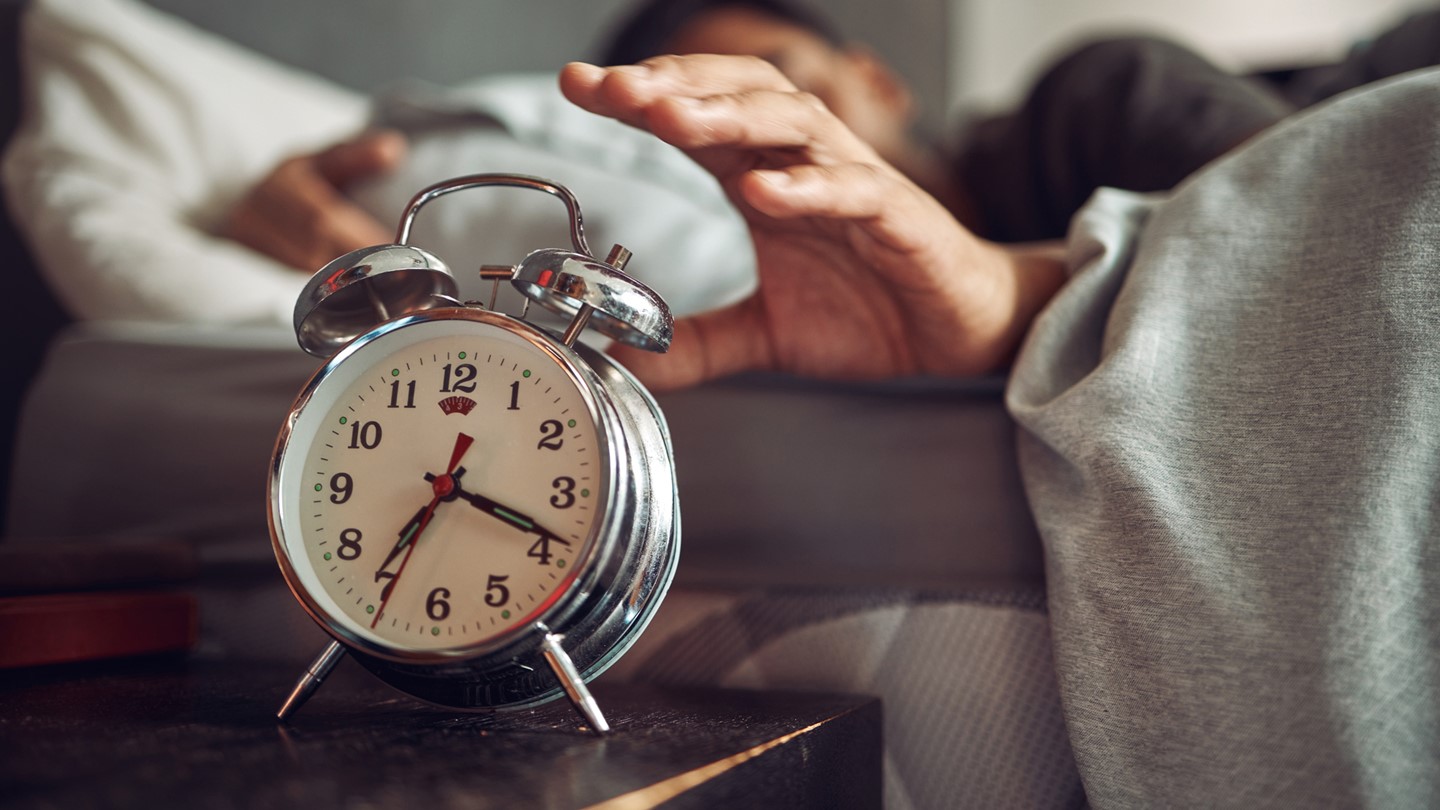 Inflation rates have been rising for over a year now. While the increasing levels may eventually moderate, inflation is still likely to be with us for some time, especially with the Russian invasion of Ukraine exacerbating post-Covid supply constraints. 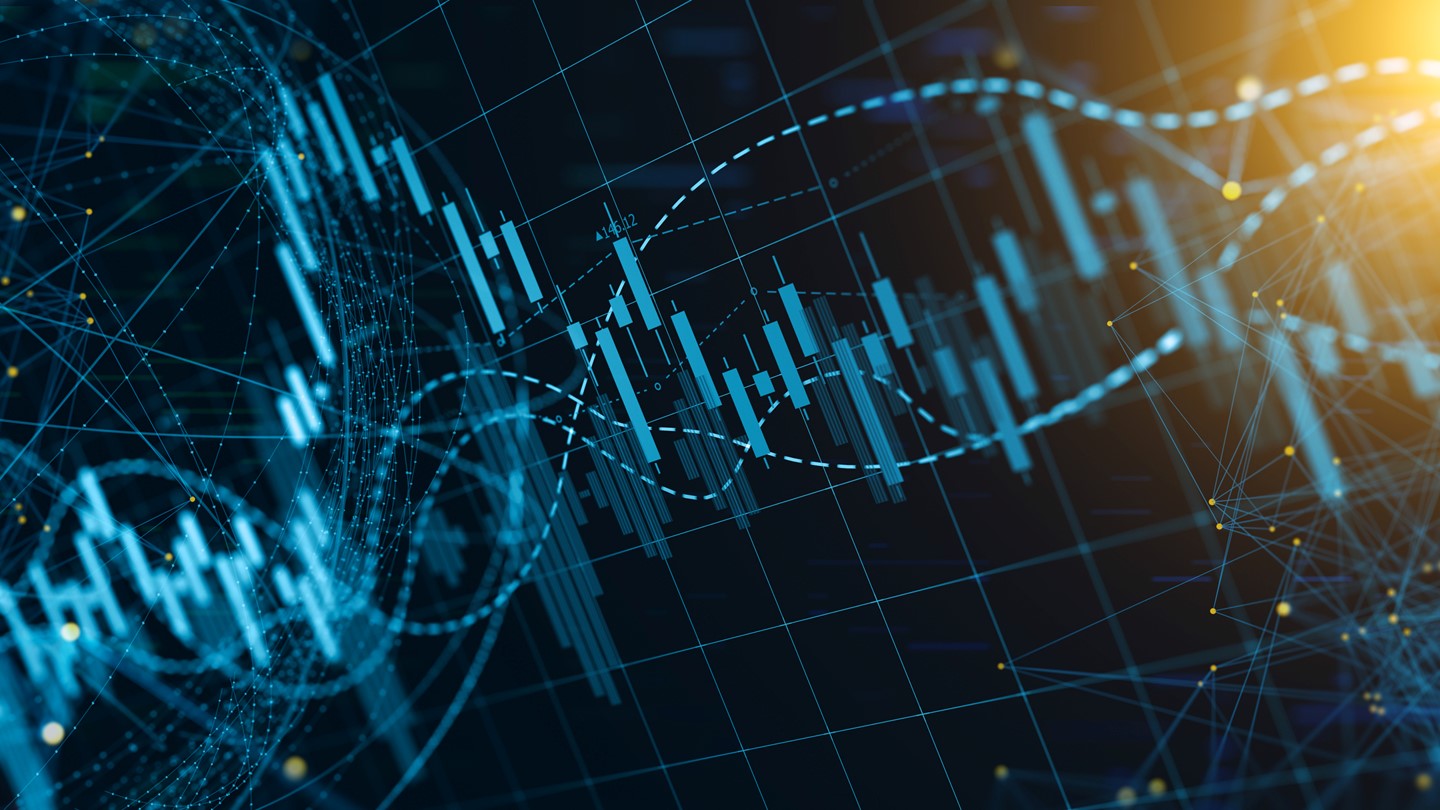 Widening spreads are not the only consideration for AT1 investors

Given the widening of spreads in Additional Tier 1 (AT1) bonds, in line with general spread widening across all of credit, the prospect of AT1s not being called on their first call date is beginning to generate a few headlines again.